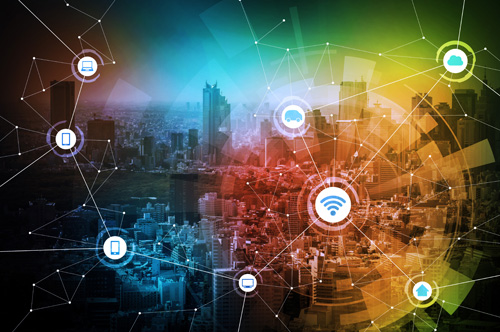 Since the late ’80s, Argentina has introduced several economic development strategies to promote businesses and innovation that have helped Argentina remain strong as an economic and global power.

Argentina has channeled a considerable amount of its resources to startups.  The initiative by the government helped establish a trust-dependable relationship between several startup entrepreneurs and investment bodies. As expected, tech ventures were listed as the most promising during the first few years of the lunch of the program.

We’ll take a glance at the 4 biggest tech hubs leading the tech communities in Argentina.

In Buenos Aires, a few tech giants have thrived to continually add relevance to the life of both its 15M citizens and the global tech market. Buenos Aires is home for over 85% of the tech hub community in the country. As a leading region among the net exporter of developers, Buenos Aires prides with a befitting track record in its advanced tech operations.

With its high-level of education in tech innovation and entrepreneurship startups in general, Buenos Aires is known as a distinct city with the largest Bitcoin entrepreneurs in the country. The early interest in Bitcoin and other tech innovations by the Buenos Aires startup community has contributed significantly to the country’s currency problems.

AreaTres, a major entrepreneurship organization with a current membership of 220 individuals and over 65 companies, is an elaborate working-space for the Latin America tech community. From a recently collaborated partnership with Google for Entrepreneurs, AreaTres now leads the educational and innovation space in Buenos Aires. Other tech entrepreneurs like Startup Buenos Aries, NXTP Labs, and Wayra also contribute immensely to the economic growth of Buenos Aires and Argentina as a whole.

Cordoba, the locally-famed city for quality learning and education, is Argentina’s second-tier city. The nickname La Docta is made in reference to the quality assurance education and nationwide reputation built by the city in decades. For years now, the city has also grown famous for the increasing number of startups, tech entrepreneurs, and accelerators operating within its landscape.

Starting with the most active accelerator in its region, Incutex is regarded as a proprietor in this field and also awarded as the 5th best accelerator in Latin America. Incutex invested and expanded its operations with the building of startups since 2012. With a record-breaking failure rate of 8%, Incutex, in conjunction with Alaya and InnovaSV, are successful pioneers in mentorship and capital funding to lots of local tech entrepreneurs and startups internationally.  In Cordoba, we also have impressive businesses, including Fligoo, Winclap, GiFlyBike, which has funded tech companies that have received awards from Forbes and Fast Company.

Cordoba entrepreneurs have easy access to an updated flow of information and aid from startup hubs in the city. Also, these startup entrepreneurs get unrestricted access to investment funding at the early stages of their businesses. These investments help raise the output quality by a huge percentage compared to competitions in other tech cities. Cordoba is also a friendly city that encourages new initiatives from the government to tech entrepreneurs for research and expansion purposes.

A city close to the border with Chile, Mendoza is a tech hub globally famous for its mass production of high-quality wine. However, a strong affinity for startups and tech entrepreneurship suddenly plagued the small city. In 2016, Mendoza officially announced its interest in supporting and aiding entrepreneurs in the facilitation and funding of their businesses.

Consejo Consultivo Emprendror (CCE), an initiative with the mission of promoting and coordinating entrepreneurship and all forms of innovation, was launched during President Maurico’s regime. The CCE, under the Mendoza Emprende initiative, created 20,000 employments, over 4,000 new establishments, and 200 investments. The initiative awarded $3.5M from the BID endorsed to be shared among startups with high social, environmental, and tech-inclined impacts.

Like the previously mentioned cities of Buenos Aires and Cordoba, Mendoza consistently prides itself on tech literates with various university degrees. A thriving startup from Mendoza, Energe, is a startup with globally-recognized inventions in solar heaters is one company representing the Mendoza’s tech community well. Eventioz, another successful startup in the city is a key developer to major tech entrepreneurs.

Located right in the center of Argentina’s agriculture industry, Rosario is the home for the leading market in terms of operational volumes and pricing for financial markets, BCR.

Since the inception of new entrepreneurship laws, the city has invested greatly in startups and entrepreneur operations in the city. Endeavor Rosario, an initiative made by the Rosario government, now empowers over 80 companies within the Santa Fe region.

The Rosario startup community now boasts forty public and private organizations that are recipients of the entrepreneurship laws in place. Organizations like Startup Weekend, Junior Achievement, and Global Shapers have proven themselves worthy of the funds invested into these startups.  Innovatec, a local credit outlet, operates in the region to equip and finance tech entrepreneurs and startups.

Argentina’s government has made great efforts to equip entrepreneurship and tech startups with the tools and backing they need to succeed. The country is now filled with local and global investment companies looking to be a part of the success story of startup entrepreneurs and tech companies in Argentina.

It is time for the world to invest and pay more attention to the goldmine of ideas and opportunities waiting to be mined in Argentina.